Site plan gets the green light

The plans call for addressing the project in two phases, with the newer part of the building the focus of the first phase where both one and two bedroom apartments with various square footage options will be created. Architectural drawings submitted as part of the site plan indicate men’s and women’s toilet rooms are planned along with the creation of necessary mechanical and facility maintenance rooms. 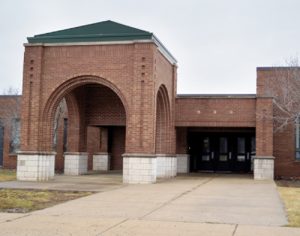 The newer, one-story part of the former middle school was home to classrooms, a cafeteria and library. It will eventually be turned into 17 apartment units.

Ryan Kersten, one of the site’s developers, said they intend to create 17 units in the project’s first phase. The building’s amenities will be geared toward residents 50 years and older, he said.

“We hoped to be starting this summer but with so many things to pin down, like the availability of materials, it will likely be later than that,” Kersten said.

Local business owners Jeff Kegler, Greg McConnell, Chris Nanni and Kersten are the purchasers of record. The school district reported the buyers paid $290,000 for the school and the property it sits on, plus $25,000 for a parking lot directly across from the school on the east side of Neeper Street.

The school district officially listed the original 1930s era building with various additions for sale in early 2021 and announced a purchase agreement had been reached in May which the school board selecting the highest bid from the four submitted.

Last summer, the planning commission approved a request to rezone the Neeper St. property from single to multi-family housing.

Capac Village Manager Travis Youatt notes that the owners will likely need to install an elevator in the facility when they develop the older part of the building as phase two of the project as it has a second story. The newer part of the building is just one story and was home to classrooms, a cafeteria and library/media center.