Adult victims of Dryden fire yet to be identified

Investigators wait on autopsy results to release their names

DRYDEN — Michigan State Police and fire marshals continue to investigate the cause of last Monday’s, March 21 explosion and fire at Victoria Meadows Mobile Home Park that claimed the lives of four people.

Among the known victims are siblings, Kylie Young, 15, and Nathan Young, 17, of Columbiaville.

Though not official, fire investigators believe the other victims are the youths’ 39-year-old mother and a female relative believed to be in her late 80s.

On Monday, March 28, Dryden Police reported that the names of the two adult victims have yet to be released, pending the results of the Lapeer County Medical Examiner’s autopsy and report. 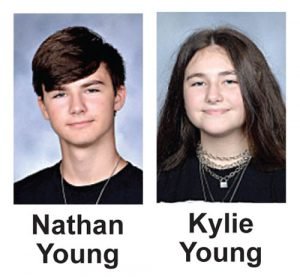 It was at around 5:07 a.m. on March 21, that Dryden Township police and firefighters were dispatched to the 3700 block of Pheasant Lane, where the explosion and fire occurred.

Peters said Dryden Police Officer Morgan Thompson, who was among the first at the scene, reported seeing flames coming through the roof of the single-family residence.

Upon their arrival at the scene, Dryden and Almont firefighters were unaware if the house was occupied.

It wasn’t until the fire had been brought under control that the bodies of the four victims were discovered inside.

Peters said the victims’ autopsies are being conducted by the Lapeer County Medial Examiners Office at the Michigan Institute of Forensic Science and Medicine.

He added that investigators from multiple agencies will be “working diligently to uncover all of the facts of the case.”

Others assisting at the scene included staff from Lapeer County EMS.

Funeral services will be held on Saturday for the Young siblings. According to their obituaries, Kylie and Nathan are survived by their father, Nathan, and grandparents, aunts, uncles and cousins.

Visitation will take place at Lynch & Sons Funeral Directors in Lapeer from 4-8 p.m. on both Thursday, March 31 and Friday, April 1.