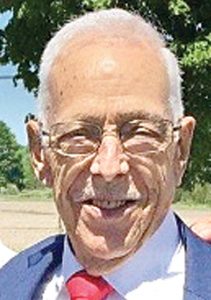 In 1968, he started serving as the Pastor of Hillman Baptist Church and served as pastor in the area for over 30 years. Along with his wife, Lois, he was the founder of the Hillman Christian Academy and was a member of the Davison Community Baptist Church. He was a loving husband, dad, grandfather, and great-grandfather.

Visitation will take place Friday, March 25, 2022, at Bannan Funeral Home – Hillman from 12 p.m. until the time of the funeral service at 3 p.m. with Pastor Paul Fry officiating, followed by military honors accorded by the United States Army.

Streaming will be available at www. bannanfuneralhome.com