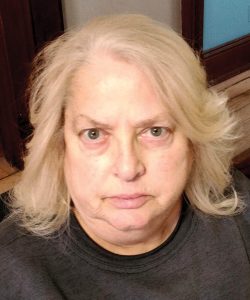 Marie Christine Weeks, age 68, of Allenton, MI died unexpectedly Monday, March 14, 2022 at her home. She was surrounded by her loving family. Marie Christine Sikora was born October 7, 1953 in Pontiac, MI. She is the daughter of the late Max and the late Dorothy (Horn) Sikora. Chris, as most people knew her, grew up in Troy, MI. She was a graduate of Troy High School, Class of 1971. Chris married Raymond Lyle Weeks, Jr. on October 6, 1972 in Troy, MI. This year would have been their 50th anniversary.

Chris was a home-maker; she enjoyed baking (especially cookies and pie) and spending time with her grandchildren. Chris and Ray moved to Almont in 1974; have lived the last seven years in Allenton.

Chris was preceded in death by her parents, Max and Dorothy Sikora; her brother, Robert Sikora; and her sister, Suzanne Weldon.

A memorial service/celebration of life is going to be planned for the summer.

Please be sure to sign the online register book at www.muirbrothersfh.com to share your memories and condolences with the Weeks family.