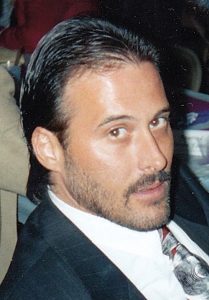 James R. Tamba, age 64, of Prudenville and formerly of Capac, MI passed away on February 18, 2022 at King Nursing Home in Houghton Lake, MI after a courageous battle with cancer.

Jim graduated from Capac High in 1976, where he was an outstanding basketball player and was seventh among Blue Water Area scorers for his team in 1973. After graduation, Jim worked most of his life in the automotive industry as a manager until his early retirement due to health.

Jim loved life. He traveled and lived in Arizona for awhile before coming back home to be with family. He loved working on his old Corvette in his spare time, loved watching college basketball and March Madness. He was a big Nascar fan and also enjoyed hunting with his brothers, John and Bob and his nephews John, Steve and Bill.

Jim loved his family unconditionally and his contagious smile and laughter will be missed by his family and friends.

Jim was preceded in death by his parents; two brothers, John and Bob; and his close friend, Steve Jones.

Private family memorial with a graveside service will be held at a later date.