Goodland to try for library millage

Twenty-year levy to appear on ballot 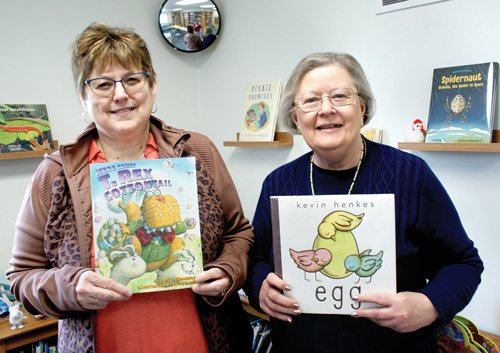 Goodland Library Board member Judy Walton and Library Director Annette Adams display some of the library’s spring and Easter-themed books for young readers.

GOODLAND TWP. — On May 3, Goodland Township residents will be asked to decide a .9-mill, 20-year tax levy for services and programs at the township library at 2370 N. Van Dyke Rd. (M-53).

If approved, the millage would raise about $61,000 during the first year and sustain services over the next two decades.

Library Director Annette Adams said she hopes residents will support the latest proposal, which would eliminate the need to place a continuum of shorter-term renewal requests on the ballot for the next two decades. Officials note, as they have in the past, that residents will be paying library taxes even if Goodland does not maintain their own facility. By law, the township must join another library system if theirs is forced to closed due to a lack of funding.

Adams said the library currently has more than 7,000 books for children and adults, along with computers for residents and visitors to access their email and the internet, and/or to type out personal letters and documents.

They also offer inter-loan services with access from more than 400 libraries statewide, host free programs, including a preschool storytime and offer resources to help residents with historical or genealogical research.

On Wednesday, March 30, the Goodland Township Library will be hosting Cameron Zvara at 3 p.m. for a special Spring Break Magic Show.