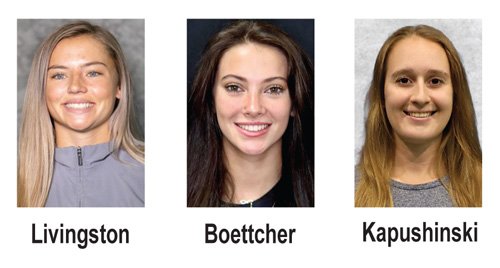 Her teammate, senior Ellianne Kimes, won the event with an effort of 13 feet 5 1/2 inches.

Erin Boettcher, a Dryden graduate, helped the Davenport University 1600 relay squad obtain a fourth. The freshman was joined on their lineup which posted a 3:58.68 clocking by Emma Schaefer, Kyla Chappel and Ellie Reynolds.

Both the pole vault and 1600 relay was contested on day two of the GLIAC Championships.