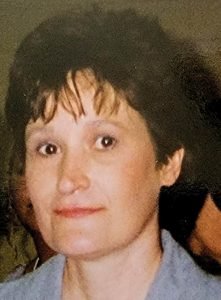 Anna Bowman, age 64, of Imlay City, MI died Sunday, February 20, 2022 at her home surrounded by her loving family. Anna Marie Garnett was born June 11, 1957 in Goodrich, MI. She was the daughter of the late William and the late JoAnn (Garnett) Spiegel. Anna grew up and lived in the Dryden, Almont, and Emmett, MI areas. She was a graduate of Yale High School, Class of 1975. She married Wayne Bowman on September 30, 1980 in Imlay City, MI. Anna and Wayne moved to Imlay City in early 1981.

She was employed as a department store designer and meat department clerk by Walmart for 18 years.

Anna was preceded in death by her parents, William and JoAnn Spiegel.

Please be sure to sign the online register at muirbrothersfh.com to share condolences and memories with the Bowman family.