Longtime public servant passes away at 95

LAPEER COUNTY — The Honorable Judge Clayton E. Preisel wore many hats in his lifetime and on the occasion of his passing at the age of 95, the community is pausing to remember and celebrate his service.

Preisel passed away on Sunday, March 13, at his home in Attica. He was most well-known for serving as Lapeer County Probate Judge for 18 years. Additionally, he spent 14 years as a member of the Imlay City Board of Education.

Before becoming a lawyer and entering private practice in 1968, Preisel was a teacher and administrator at his alma mater, Imlay City Schools. Preisel was a member of the 1945 graduation class of Imlay City High School. He joined the U.S. Marine Corp after receiving his high school diploma, serving one year during World War II.

Outside of his professional life, Preisel was also a respected livestock and crop farmer. 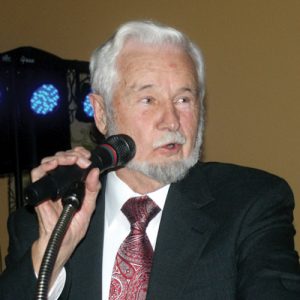 Preisel served as Lapeer County Probate Judge for 18 years and spent 14 as an Imlay City School Board member.

“We will miss you dearly but are so grateful for the full life you lived and the impact you had on not only our family, but our entire community,” his granddaughter Katelyn Ebert said in a social media post announcing his death.

The late Congressman Dale Kildee publicly honored Preisel on the occasion of his retirement from the bench in 2000.

“Judge Preisel has always tried to treat every person who appeared before him with the utmost dignity and respect. Because of the sometimes sensitive nature of his caseload, he was also dedicated to handling each issue gently and with compassion,” Kildee said in remarks on the House floor in September of that year.

“I believe what always made Clayton such a special judge and person was the time he spent in the community, meeting with people of all economic, ethnic and racial backgrounds. I number Judge Preisel among my cherished personal friends, and I am a better person for having known him. Furthermore, he is responsible for making our community a much better place.”

That community involvement spanned several organizations including the United Way, Big Brothers and Big Sisters, the Lions Club and Kids in New Directions (KIND), which he helped establish.

He received the Imlay City Chamber of Commerce Citizen of the Year award in 2013.

Preisel is survived by three daughters, a daughter-in-law and several grandchildren and great-grandchildren.

Funeral services will be held this Saturday, March 19 at 11 a.m. at Muir Brothers Funeral Home of Imlay City.