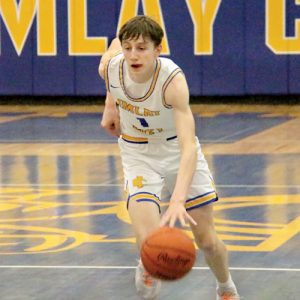 With the decision, Cros-Lex improves to 22-0 this season. Imlay City finishes at 14-8.

In Friday’s confrontation, Imlay City spotted Cros-Lex a 12-11 edge after one quarter was over with.

Quarter two saw Cros-Lex hit for seven points and Imlay City manage four, leaving the former up 19-15 at the half.

When the action resumed, Cros-Lex established some much-needed breathing room. Aided by a 24-11 third quarter advantage, the Pioneers widened the gap to 43-26 with 24 minutes gone.