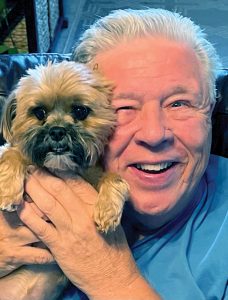 William Walker, age 74, of Imlay City, MI died Tuesday, March 1, 2022 in Panama City Beach, FL. William Davis Walker was born January 15, 1948 in Detroit, MI. He was the son of the late Willie and the late Otak (Harmon) Walker. Bill grew up in Detroit and was a graduate of Southeastern High School, Class of 1966. He attended classes at Macomb Community College to work towards his journeyman certification. He married Janet Sue Archer on May 21, 1966 in Detroit, MI. They lived in Chesterfield and Macomb before moving to Imlay City in 2010.

Bill was employed as a journeyman pipefitter by General Motors at the Fisher Body Plant #21 in Detroit and at the G.M. Tech Center in Warren, MI. He worked for General Motors for 42 years. He retired in 2008. In retirement, Bill and Janet enjoyed traveling and being “snowbirds.” Bill also enjoyed spending time with his grandchildren, tinkering around their house, mowing his lawn with his John Deere tractor, and his dog Toby.

Please be sure to sign the online register book at www.muirbrothersfh.com to share your memories and condolences with the Walker family.