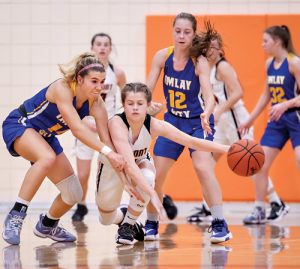 In Thursday’s game, Imlay City took a 14-8 advantage after one quarter had ended and increased their lead to 31-18 at halftime.

Imlay City then outscored Almont 23-18 the rest of the way, finishing off a 54-36 victory.