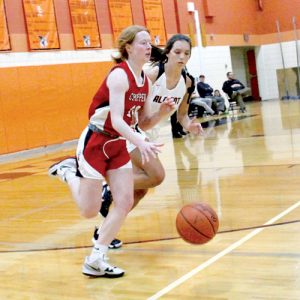 In Tuesday’s encounter, Almont bolted out to a 13-2 advantage after one quarter was done and widened the gap to 20-5 at the half.

When the action resumed,  Chippewa Valley bounced back with an 11-5 third quarter edge. That trimmed their deficit to 25-16 with 24 minutes gone.

Almont then withstood a 10-7 fourth quarter rally, closing out a 32-26 victory.