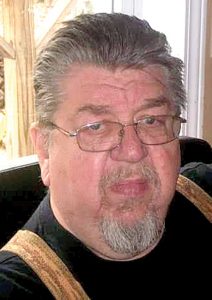 Orville Lee Hansen, age 79, of Imlay City, formerly of Almont, passed away on February 18, 2022 at his home surrounded by his family. He was born September 12, 1942, the son of Orville Leon and Pansy (Gallapoo) Hansen. He graduated from Utica High School in 1960. He worked as a policeman in Utica, Mt. Clemens and Almont. He also was a volunteer fireman for the Almont Fire Department. Michigan State Policeman Orville worked at the Ford Engine Plant in Romeo for over 17 years. He was an avid outdoorsman, and enjoyed hunting bear, boar, white tail and pheasant. He also enjoyed riding his Goldwing motorcycle around the United States. Orville was a talented woodworker making duck and mini motorcycle sculptures, and a grandfather clock. He was a member of the NRA and a gun collector.

Memorial donations may be made to the family’s wishes in Orville’s honor.