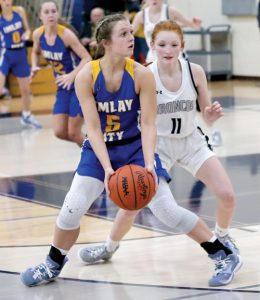 IMLAY CITY — The Imlay City varsity girls’ basketball team saw to it that their second straight Blue Water Area Conference title would belong to them at night’s end, accomplishing the feat with a 52-36 road triumph against North Branch on Tuesday, February 15.

With the outcome, Imlay City raises their mark to 15-3 overall and 12-0 as far as BWAC clashes are concerned.

In Tuesday’s encounter, North Branch grabbed a 13-12 edge after one quarter was complete.

Both sides then hit for 14 points each during quarter number four, enabling Imlay City to close out a 52-36 win.