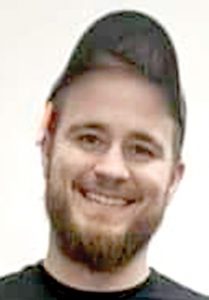 He was employed as a CNC lathe machinist, in the aerospace industry, by Chardam Gear Company in Sterling Heights, MI.

D.J. enjoyed all types of sports, woodworking and carpentry. He also liked to ride his 4-wheelers and ATVs. D.J. was a very good bowler and bowled a lot in the Roseville, MI area.

He is survived by his parents, Donald and Sandra Tompkins Sr.; brother, Kevin Tompkins of Imlay City, MI; several aunts, uncles and cousins; and his girlfriend, Rachelle Malloy.

D.J. was preceded in death by his infant daughter, Isabella; and his grandparents, Donald Tompkins, Troy and Dixie Wyatt, and Denver and Jeanette Baker.

Please be sure to sign the online register at muirbrothersfh.com to share condolences and memories with the Tompkins family.