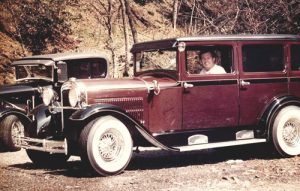 Dan owned and operated D&D Fabrications in Almont, MI, rebuilding engines and making engine conversion kits. He owned and worked as a design and test engineer at Vehicle Research and Development in Almont (a Tier 1 test facility for General Motors). He had also worked as an engineer at the General Motors Tech Center in Warren, MI for 20-plus years. Dan’s company had designed and built three identical Oldsmobile 442s for the movie Demolition Man. They had also built the “Indy Hauler” (a high powered competition pick-up truck) for the 1980 Indianapolis 500 as well as many other special vehicles through the years.

While he lived in Warren, Dan was a firefighter for the Warren Fire Department. He was a member of Wertz’s Warriors and Hulbert Haulers, (both are snowmobile fundraisers for the Michigan Special Olympics), a 50 year active member of the Michigan Hot Rod Association and Motor City Modified Auto Club.

Dan was preceded in death by his wife, Karen LaGrou; his parents, Amil and Evelyn LaGrou; and his brother, Lloyd “Joe” LaGrou.

A memorial is being planned for warmer weather, probably near the middle of June 2022. We will keep you informed.

Please be sure to sign the online register at muirbrothersfh.com to share your memories and condolences with the LaGrou family.