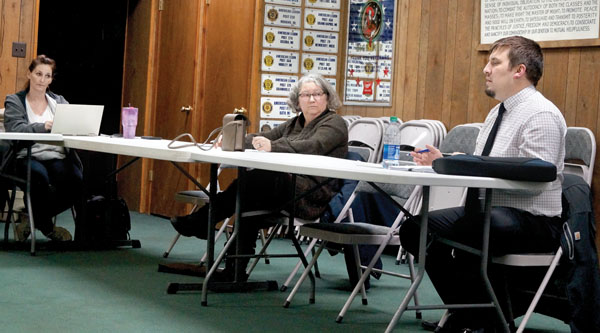 CAPAC — At their February 7 meeting, council members received their first official report from new village manager Travis Youatt. It was Youatt’s first meeting since he began the full-time job on January 24 and the first time in nearly 10 years since the village has had a manager.

Youatt said he spent his first days and weeks on the job meeting with employees, including DPW Supervisor Dave Schultz and Police Chief Heather Fantin, county commissioner Greg McConnell and representatives from the Capac Chamber of Commerce and Downtown Development Authority board. He said he’s due to meet with Capac Schools’ Supt. Jeff Terpenning regarding the school’s FFA program and the addition of more livestock as it relates to village ordinances.

Youatt also brought two new policies to the council for consideration with both of them being approved. The first helps define what constitutes a full-time, part-time and temporary employee and outlines how paid time off will be governed. The other addressed health insurance coverage for non-union employees. Youatt stressed that both could be amended at a later date but he felt it was important to at least start the process. The council has tasked their new manager with creating an employee handbook and he said putting those policies in place is one way to get the process started.

•Youatt reported that he had hired a provider to make the village’s website operational again.

•the council accepted a letter of resignation from DPW employee Diann Moran.