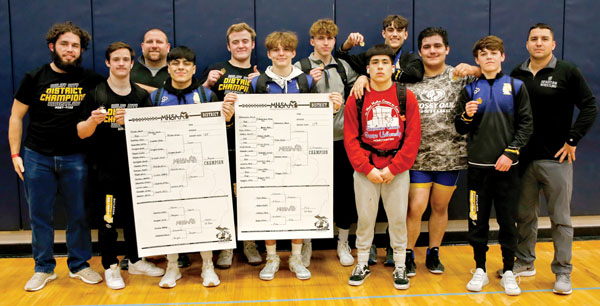 Imlay City qualified nine grapplers to a Division 3 individual regional last Saturday. The wrestlers are shown here with their coaches. Regionals will be contested this Saturday in Richmond.

They advanced with top-four weight class finishes last Saturday at a Richmond-based regional.

Julian Rojas and Anthony D’Ambrosio gave Imlay City seconds. Rojas wrapped up things when he was pinned with 1:40 gone in his 130-pound championship clash versus Yale’s Seth Woolman and D’Ambrosio reached the title match at 145 pounds where he was downed 3-2 by Algonac’s Jake Kasner.