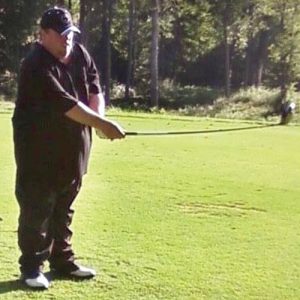 Roy Tietz, age 51, of Imlay City, MI died Friday, February 11, 2022 at home surrounded by his loving family. Roy Harold Tietz was born June 24, 1970 in Lapeer, MI. He was the son of Mary (McLean) and the late Harold Tietz. Roy grew up in Imlay City and lived all of his life in Imlay City spending time with neighbors and friends. He was a graduate of Imlay City High School, Class of 1989. He married Jamie Lee Siracki on August 22, 1996 in Imlay City, MI.

Roy recently had been the kitchen supervisor at McLaren Lapeer Region Hospital from 2012-2021. From the time he was in high school until the restaurant sold in 2011, he had worked at the Tietz Family Restaurant in Imlay City with his father, uncle and cousins in all different capacities including head chef and manager. Roy especially enjoyed his time with his family; playing golf, archery hunting, home projects, and his mowing machine.

Roy was preceded in death by his father, Harold Tietz.

The family will be available for visitation 10-11 a.m., Wednesday, February 16 at Muir Brothers Funeral Home of Imlay City.

Please be sure to sign our online register book at muirbrothersfh.com to share your memories and condolences with the Tietz family.