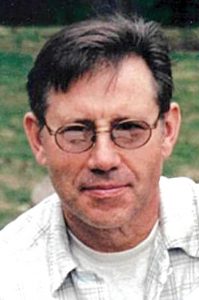 Roger retired as an electrician from General Motors after 40 years of service. He was a t-ball, softball, baseball, and basketball coach for many years. He loved playing catch with his kids, going to auctions with his wife, and driving his John Deere tractor while working on his property.

The family honored the memory of Roger on Saturday, February 12, 2022. Rev. Tom Knight officiated. Burial was in Speaker Township Cemetery.