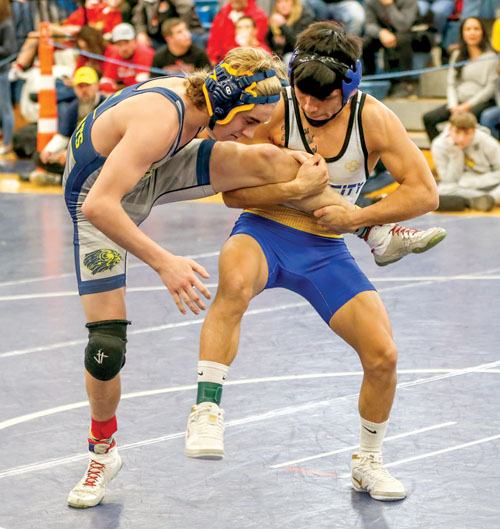 With the outcome, Imlay City advances to this Wednesday’s regional at Yale High School. There they will face Algonac in a semifinal meeting scheduled for 5:30 p.m.

Imlay City opened district action with a 66-15 win against Almont.

Maria Stanton was the other Almont grappler who prevailed, posting a 3-2 sudden victory outcome versus Christian Rager.

Imlay City followed that up with a 78-6 title encounter win over Flint Powers.