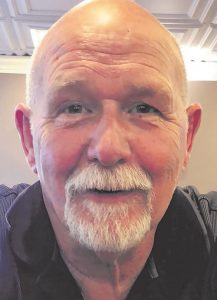 Chuck Walker, age 70, of Lum, MI died Saturday, February 12, 2022 at McLaren Lapeer Region Hospital. William Charles Walker was born February 13, 1951 in Detroit, MI. He was the son of the late William and the late Juanita (Bingham) Walker. He grew up in Utica; Chuck attended Utica High School and transferred to be a part of the first graduating class of Utica Stevenson High School, Class of 1969. He married Joan Van Langenhoven on November 19, 1976 in Sterling Heights, MI. Chuck and Joan moved to the Lum area and have lived there since 1989.

Chuck started working at Ford Motor Co. – Sterling Axle Plant in Sterling Heights even while he was still in high school. He became a Skilled Trades – Cement Finisher. He worked there for 38 years, retiring in 2006. Chuck then went to work at Kohl’s and Home Depot in Lapeer for eight more years. Chuck was a great cheerleader and coach as his children played YSO soccer and later Little League boys’ baseball, as well as travel team baseball. He enjoyed just being at home after retirement, spending his time around his children and grandchildren.

Chuck was preceded in death by his parents, William and Juanita Walker; and his brother, Jim Walker.

The family will be available for visitation 2-5 and 6-8 p.m. Friday, February 18 and 10-11 a.m. Saturday, February 19 at Muir Brothers Funeral Home of Imlay City. Those wishing to make memorial contributions may direct them to St. Jude Children’s Research Hospital, Memphis, Tennessee.

Please be sure to sign the online register book at www.muirbrothersfh.com to share memories and condolences with the Walker family.