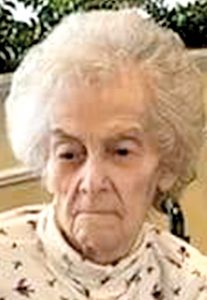 She was mostly a homemaker, raising her family. A few summers Lillian was employed by Hendrix’s Earthly Arts in the greenhouses and Paul Fuhr’s Fruit Farm (now Valley View) north of Imlay City.

Lillian was on bowling leagues at Cedar Lanes in Imlay City and a member of the Imlay City Senior Center. She enjoyed spending time with family and friends, quilting, crocheting, word searches, and being on the family farm.

A graveside memorial is being planned for later in the springtime at Webster Cemetery.

The family would like to express a special thank you to the staff of Angela’s House and Careline Hospice for their wonderful care and compassion.

Please be sure to sign the online register at muirbrothersfh.com to share condolences with the Dowling family.