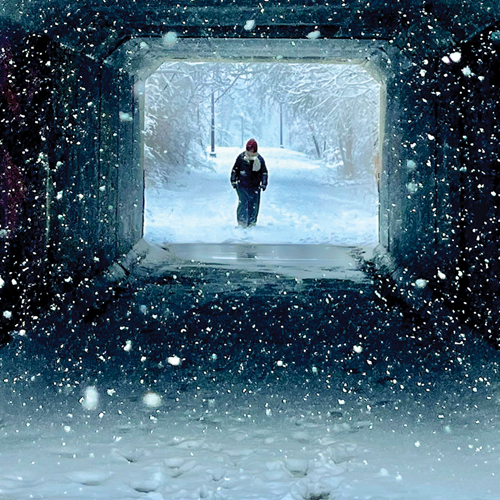 A walker along the Polly Ann Trail enjoys the snowy scene in Imlay City on Wednesday, Feb. 2.

In St. Clair County, county facilities were closed to the public on Wednesday, Feb. 2 in anticipation of the snowfall and Lapeer County opted to take a snow day on Thursday, encouraging staff and residents to stay home so that road crews could efficiently clear the roads.

According to the National Weather Service, the Tri-City area received between 6-8 inches of snow with higher amounts to our north and west. The agency recorded 11 inches of snow at Flint Bishop Airport, making it the 12th biggest snow event at that location on record. Nine inches of the white stuff was measured in the city of Lapeer.

According to call statistics compiled by Lapeer County Central Dispatch between 7 a.m. Wednesday and 7 a.m. Thursday, first responders were called to more than 20 vehicles off the roadway, 18 property damage accidents and 13 personal injury accidents, plus four other accidents that required rescue. Officers responded to 16 motorists in need of assistance too. Two snowmobile complaints were also reported during that time.

Among those personal injury accidents was a fatal crash on M-53 in Almont Twp. that took the life of an Imlay City man. Police say the weather and road conditions were factors in the two-vehicle crash.