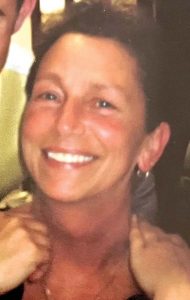 Linda Lee Collins (Richards), formerly Walker, 60, passed away Saturday, January 22 2022, peacefully in her sleep at her residence in Sullivan, MO. She was born April 8, 1961 to, and survived by, Harvey and Judy Richards, formerly of Almont, MI.

Linda was the middle child and also survived by both her older brother, Harvey Richards Jr. (Sullivan, MO), and her younger brother, Paul Richards (Oxford, MI).

Linda graduated from Almont High School in 1978 where she excelled in basketball. After high school Linda was married and looked after her family in Imlay City. She was a common fixture at the Imlay City Little League baseball fields doing her best to cheer on and make the boys laugh with their trademark nicknames. She took great pride in helping and looking after her family and had recently moved to Missouri to continue that mission.