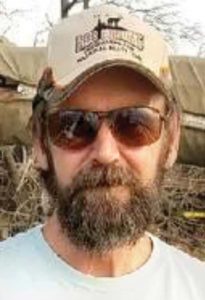 Jack “Jay” Dempsey, age 62, of Brown City, MI died Tuesday, January 25, 2022 at his home surrounded by his loving family. Jack Kenneth Dempsey was born to Jack and the late Barbara (Kirk) Dempsey on November 19, 1959 in Marlette, MI. Jack was raised by his parents Jack and Patricia Dempsey and lived most of his life in Brown City. He was a graduate of Brown City High School, Class of 1977. He married Gloria White on September 29, 1995 in Imlay City, MI.

He proudly served in the United States Navy from 1977-1982. After leaving the Navy, his technical abilities and love of drawing, engineering, and CAD led him to a long career with Utica Enterprises in Troy, MI and contracted to General Motors Tech Center in Warren, MI. He was still working from home.

Jack’s life was filled with many fond memories made with family, friends, and coworkers. His quick wit, good natured character, gift of gab and unique sense of humor was appreciated by all that knew him. He was a wonderful father and grandpa.

He was preceded in death by his mother, Barbara Algayer; and daughter, Julie Graver.

A private Celebration of Life will be held.

Please be sure to sign the online register at muirbrothersfh.com to share condolences and memories with the Dempsey family.