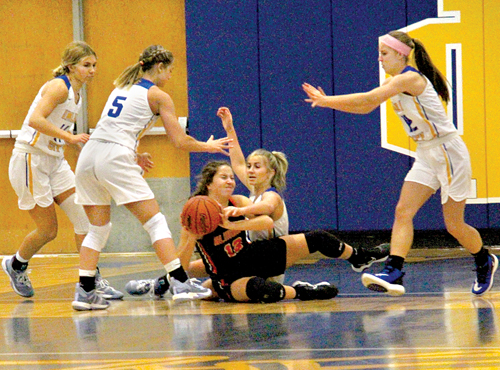 Almont’s Grace Koenig looks for an open teammate while being pressured by several Imlay City defenders in a BWAC game this past week.

In Friday’s game, Imlay City bolted out to a 14-2 advantage after one quarter was done.

The middle two quarters saw Imlay City net 24 total points and Almont hit for 15, leaving them up 38-17 with 24 minutes gone.

Imlay City then outscored Almont 31-7 the rest of the way, assuring themselves of a 69-24 win at night’s end.