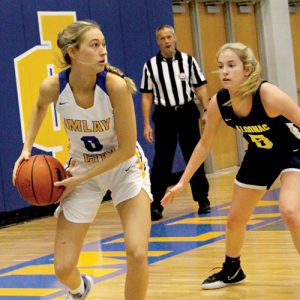 In Thursday’s meeting, Imlay City jumped out to a 19-4 advantage after one quarter was over with and widened the gap to 35-8 at halftime.