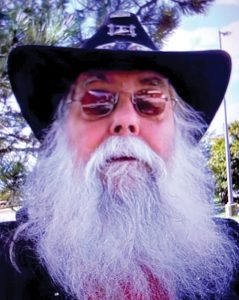 Michael Mercier, age 69, of Dryden, MI died Tuesday, January 11, 2022 at William Beaumont Hospital of Troy, MI. Michael Gaston Mercier was born August 19, 1952. He was the son of the late Gaston and the late Dorothy (Lingo) Mercier. Michael grew up in Mt. Clemens, MI. He was a graduate of L’Anse Creuse High School. He proudly served in the United States Army during the Vietnam War (due to an injury was only in for a short time).

Michael was employed as a photo journalist by both Lapeer County Press for nearly 20 years and the Tri-City Times in Imlay City, MI for nearly 10 years. He was a big supporter of and on the board of Seven Ponds Nature Center in Dryden, MI. He was also a big supporter of the Vietnam Veterans Moving Wall. He helped arrange for the Moving Wall to come to Lapeer, Dryden and Imlay City, MI. Michael enjoyed attending the Saginaw “Rendezvous” muzzle loading gathering. He always went as Fr. Marquette.

Michael was preceded in death by his wife, Donna Mercier; and his parents, Gaston and Dorothy Mercier.

A memorial is being planned for later in the spring.

Please be sure to sign the online register at muirbrothersfh.com to share your memories and condolences with the Mercier family.

Those wishing to make memorial contributions in Michael’s name may direct them to Seven Ponds Nature Center (a place near and dear to Mike’s and Donna’s heart), 3854 Crawford Rd, Dryden, MI 48428.