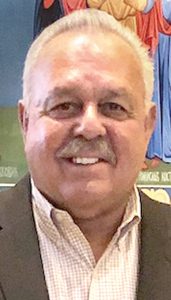 John R. Rogers, age 71, of Imlay City, passed away January 17, 2022 at McLaren Lapeer surrounded by his loving family. He was born May 3, 1950 at St. John Hospital, the son of John Allen Rogers and Sevart (Shanlian) Rogers. He graduated from Romeo High School in 1968, he then went to college where he received a bachelor’s degree in psychology. He worked in furniture sales for 40 years. He married his beloved wife Marjeta Dinkollari on April 10, 2004. John and his wife Marjeta owned and operated The Furniture Broker, LLC in Almont for over 18 years. He was an avid softball player and enjoyed the outdoors. He was always on the move, cutting the lawn and working in his shed. John loved his family most of all and shall be missed by many.

Visitation will be held on Friday, January 21, 2022 from 3-8 p.m. The funeral service will be held on Saturday at 11a.m. Burial will be made at Scotch Settlement Cemetery.