Almont High School is where the action unfolded. 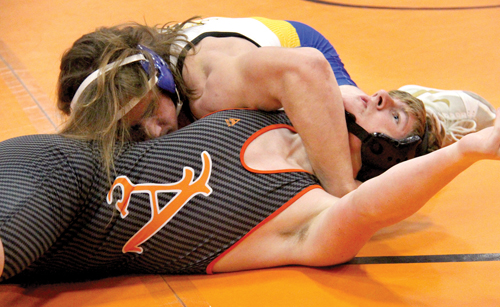 Dominic D’Ambrosio added a win by decision to Imlay City’s cause, picking up a 5-0 victory over 119-pound adversary Noah Harris.

Imlay City followed up that outcome with a 66-12 triumph against Almont.

Dominic D’Ambrosio and Torres added triumphs by void to Imlay City’s cause. The former notched a 4-0 win against Dallas Stanton at 119 pounds and the latter picked up a 6-2 victory over 285-pound rival Joe Abramovitch.

Jack Weidner led Almont with a win by pin. He took 44 seconds turn back Ethan Hughes at 140 pounds.

Maria Stanton (103) added win by void to Almont’s cause.

In the night’s other match involving a Tri-City school, Almont dropped a 60-12 verdict to Cros-Lex.