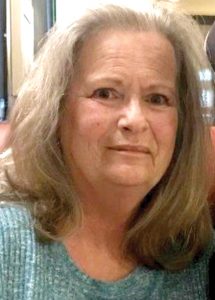 Eunice Dawn (Settlemoir, Leonowicz) Vincent, age 66, departed this life on January 15, 2022, at Hurley Medical Center of Flint, MI, at peace and in the presence of her children. Eunice was born on September 27, 1955, in Detroit, MI to Grover Eugene Settlemoir and Norma Dean Ridgeway Settlemoir. Eunice grew up in Hazel Park and was a graduate of Hazel Park High School, Class of 1973. Eunice raised her family in the Imlay City area and was a long-time resident of Imlay City.

Eunice worked as a sales clerk in several stores in downtown Imlay City: flower shops, gift shops and pharmacies. Eunice had moved to the Mt. Morris/Clio area a few years ago, to be closer to her children. Eunice enjoyed spending time with her family and friends.

She was preceded in death by a husband, Chris Leonowicz; an infant daughter, Katelyn Dawn Leonowicz; both her parents, Grover Eugene Settlemoir and Norma Settlemoir Harmon; and a step-father, Lonnie Harmon.

Funeral arrangements have been entrusted to Muir Brothers Funeral Home of Imlay City.

The interment of Eunice’s cremated remains will take place at a later date at Imlay Township Cemetery. Please be sure to sign the online register at muirbrothersfh.com to share condolences and memories with Eunice’s family.