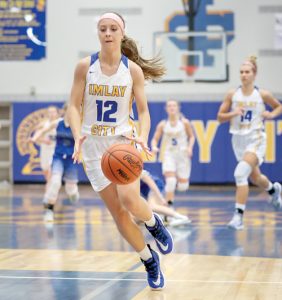 Dakota Deel, of Imlay City, looks to finish off a fastbreak during her team’s game with Cros-Lex last Thursday.

In Friday’s contest, Imlay City and Cros-Lex ended the initial quarter with seven points each.