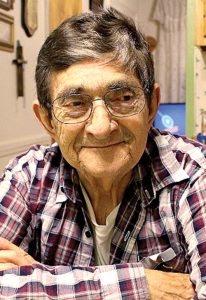 He graduated from Harrison High School in 1951, served his country in the U.S. Army and retired in 1992 after working 37 years at G.M. in Flint.

Carl spent most of his life living in Capac, MI with his wife, Phyllis, of 60 years. They had many fun adventures over his life! He enjoyed spending time outdoors farming, gardening or whatever he could do to stay busy.

Carl was an active community member serving on the Mussey Township planning commission and a past member of the Capac Lions Club. He was a fair and honest man that would do anything for someone in need.

He was preceded in death by his son, Tony; and brother, John.

Carl chose to donate his body at death for medical research.

The family will have a memorial/celebration of life sometime in the near future.