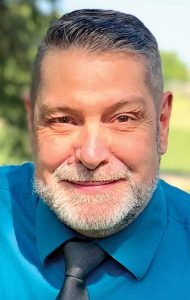 George Pittenturf Sr., age 64, of Imlay City, MI died Friday, December 24, 2021 at McLaren Lapeer Region Hospital. George Sterling Pittenturf was born July 11, 1957 in Pontiac, MI. He was the son of the late Huber and the late Dorothy (Schwartz) Pittenturf. George grew up in the Pontiac/Waterford area. He attended Waterford Kettering High School. He married Donna Boadway on August 2, 1980 in Lapeer, MI. He and his family have been in the Imlay City area for 42 years.

George was employed by the Eaton Corporation in Rochester for a number of years as an electrician. George was also a self-employed computer technician. He owned and operated the Pittco Computer Store in Imlay City; providing computer sales and service to the Imlay City area. George had earned four different bachelor’s degrees (electronics, engineering, robotics, and computer science).

George was a Little League umpire for 15 years and served on the Imlay City Boys’ Baseball Board most of that time.

George was preceded in death by his parents, Huber and Dorothy Pittenturf; and a sister, Mary Beth Tersigni.

Please be sure to sign the online register book at www.muirbrothersfh.com to share your memories and condolences with the Pittenturf family.