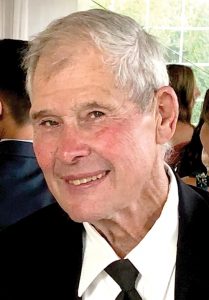 Bert joined the U.S. Army in September of 1956 and was stationed at Fort Sheridan, IL. During his enlistment, he served in combat in Korea. Upon returning from overseas, Bert was employed as a member of IBEW Local 17 as a journeyman tree trimmer until retirement in 2001. Bert proudly served many years as the commander of the Almont American Legion.

Bert was an avid outdoorsman. He loved deer hunting and bird (grouse) hunting. Bert’s favorite pastime was walleye fishing. If you sat to talk with Bert for any length of time, you heard stories of his adventures on Lake St. Clair spent with his friends and family over the years.

He was predeceased by his parents; two brothers, Richard (Brenda) Beal, Harold (Yvonne) Beal; and one grandson, Bobby Beal.

His memorial will be at the Holly National cemetery at a later date.