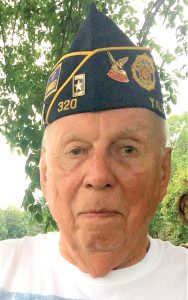 He was born November 23, 1938, the son of the late Andrew Stephen II and Evelyn Beatrice (Johnson) Kocis.

His marriage to Marlene Vanlerberghe was June 25, 1966, in Allenton.

Andy was a 1957 graduate of Capac High School and then continued his education at St. Clair County Community College. Andrew served our country in the United States Army from 1959-1962. After his return from the service, he worked for Hamlin Manufacturing in Washington Township for six years prior to working for Consumers Power for 32 years before his retirement in 2000. Andy was a member of the Knights of Columbus, Imlay City Chapter; the American Veteran’s Association of Armada; and the American Legion, Peck Chapter; and the past commander of the American Legion, Yale Chapter. He loved to pheasant hunt, raise angora goats and socialize at the bar. Andy loved to dance, listen to Sunday Polka, officiate high school sporting events for many years, and spend time with his family, grandchildren and great-grandchildren.

He was preceded in death by a daughter, Melissa Engel (2013); and a sister, Shirley McClintock.

The family honors the memory of Andy and invites you to a military graveside service Saturday, January 8, 2022, at Lynn Township Cemetery, Lynn Township at 11 a.m. The service will be led by Doug Hunter.

A Celebration of Life will be held from 12-3 p.m. at the family home, 4845 Emmett Rd., Emmett, MI 48022. The family would like everyone to come dressed casual and comfortable.