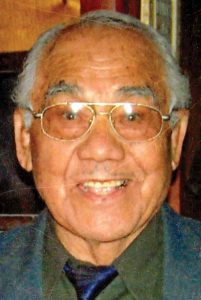 Vicente’ was employed by Fisher Body in Flint as a factory worker for 25-plus years. He helped coach in slow-pitch softball leagues in 1970s and 1980s. Vicente’ was a former member of the First Mexican American Baptist Church in Imlay City. He and his family are now participating with the Crossroads Baptist Church.

Please be sure to sign the online register book at www.muirbrotheresfh.com to share your memories and condolences with the Ramirez family.