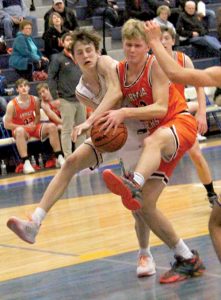 In Thursday’s confrontation, Imlay City opened up a 20-8 advantage after one quarter was complete and increased their cushion to 34-21 at halftime.