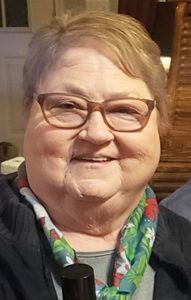 Michele Peterson, age 73, of Imlay City, MI died Monday, December 20, 2021 at her home in Imlay City. Michele Coleen Campbell was born August 8, 1948 in Marquette, MI. She was the daughter of the late Alfred John and the late Esther Eileen (Manning) Campbell. Michele grew up in New Haven and Utica. Michele was a graduate of Utica High School, Class of 1966. She married Lawrence “Pete” Peterson on September 30, 1967 in Utica, Michigan. Michele and Pete have lived in Imlay City since the early 1980s.

Michele worked as a quality control inspector of auto parts manufacturing at DieTech in Imlay City. She worked there for 10-12 years, handling many different jobs beside quality control. Michele and Pete loved to travel; they traveled all over the country. Oftentimes they did RV camping with the grandchildren.

A memorial funeral Mass will be held at 11 a.m. Friday, January 7, 2022 at St. Cornelius Catholic Church in Dryden.

A Celebration of Life gathering will follow at the Imlay City Eagles Hall.

Please be sure to sign the online register book at muirbrothersfh.com to share your memories and condolences with the Peterson family.