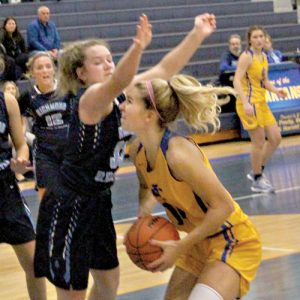 In Friday’s clash, Imlay City jumped out to a 19-10 advantage after one quarter was over with and increased their cushion to 33-14 at halftime.

Imlay City then followed it up with a 14-9 third quarter edge and an 18-6 fourth quarter advantage, finishing off a convincing 65-29 win.