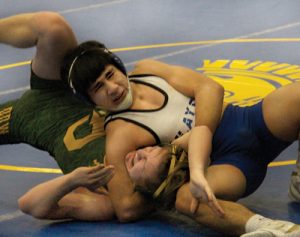 Imlay City’s Julian Rojas looks to finish off a fall versus a 130-pound foe last Saturday.