Chamber Board decides to change name for next event 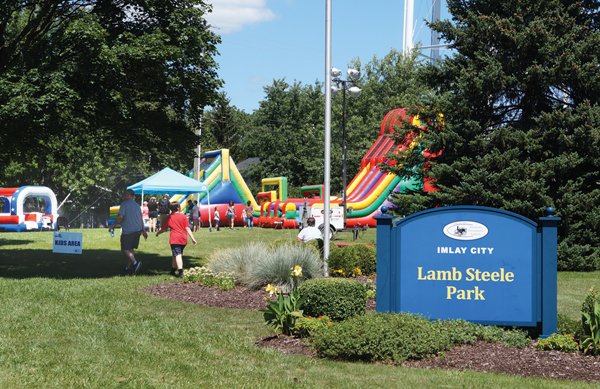 The Lamb Steele Park and other venues in downtown Imlay City will host activities when the Imlay City Area Chamber of Commerce hosts their Imlay City Summer Fest in August 2022.

IMLAY CITY — The Imlay City Area Chamber of Commerce Board of Directors has come up with a new name for the city’s annual summer festival.

Chamber Director Shannon Hamel reports that next year’s festival, to be held August 12-13, will be re-named the “Imlay City Summer Fest.”

“Some people wanted to sponsor another Busker Fest,” Hamel said, “but the majority preferred to change the name to something else.”

Chamber President Rob Mette thinks the community will be more receptive to and supportive of a Summer Fest.

“We feel that the name Imlay City Summer Fest better reflects the community’s heritage and history and will be well-received by our residents and businesses.”

Time for a change

It was in 2018, Imlay City Chamber Board members felt that the 37-year-old Blueberry Festival had run its course and decided to replace it with the Michigan Busker Festival.

Mette explained the Board’s rationale for making that name change.

“At the time, we thought the community would support a summer festival, regardless of the name,” Mette said. “Unfortunately, we saw a decline in attendance and lack of community support for a Busker Fest.”

A second Busker Fest was held in 2019. In 2020, the Chamber Board shifted its focus to the city’s 150th anniversary Sesquicentennial Celebration. Due to COVID-19, the 150th event was postponed one year, instead taking place in August 2021, 151 years after Imlay City’s founding.

Since then, Chamber the Board has turned its focus to next year’s summer event, scheduled for Aug. 12-13 2022.

In early November, the Chamber Board considered a long list of suggested names—including the Summer Fest, which ultimately emerged as their choice.

Hamel said the Summer Fest will feature many of the same activities as its predecessors.

“There will be a parade, beer tent, live music, fireworks, eating contests and lots of children’s games and activities,” she said.

She added that current plans are for 2022 Summer Fest activities to be held at Lamb-Steele Park, the old fire hall, and along Third Street downtown.