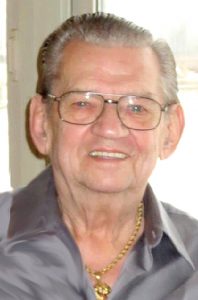 Ronald Leonard Barylski, age 86, of Lapeer passed away Sunday, December 12, 2021 in Burton. He was born August 2, 1935, the son of Leonard and Marie (Urban) Barylski in Detroit. After attending Nativity of Our Lord High School in Detroit, Ronald began working at different shops learning to be a machinist. He married the love of his life, Irene (Swarczinski), October 9, 1954 in Detroit.

Ronald enjoyed spending time with his family whether going on camping and canoe trips, hunting or boating on Lake St. Clair in his Chris-Craft boat. He liked riding his 4-wheeler, splitting firewood with his wife, working in his pole barn and simply spending time outdoors. Playing pool was another pastime he had as was listening to Elvis records.

Ronald has always been good with his hands and good at building things which helped make him an excellent machinist and very good at engine rebuilding. He was the owner of T & R Engine Rebuilding, Inc. in Mt. Clemens for 25 years, before he retired. Ronald was always busy changing or remodeling something.

Ronald was preceded in death by his wife, Irene; his brother, Robert; and his parents.

Visitation will be held Friday, December 17, 2021 from 4-8 p.m. at the funeral home. The funeral service will be held on Saturday, December 18, 2021 at 11 a.m. with visitation from 10-11 a.m. and memorial luncheon to follow – all at Muir Funeral Home & Celebration of Life Center, 2650 South Van Dyke, Imlay City, MI 48444. Pastor Daniel Burger of the Lapeer Assembly of God will officiate.

Share a story or photos on Ronald’s Memory Page at www.muirfh.com