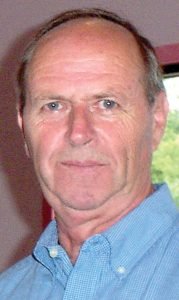 Joseph Barker, age 74, of Lapeer, MI died Thursday, December 2, 2021 at his home. Joseph Lee Barker was born February 14, 1947 in Fillmore, KY. He was the son of the late Martin and the late Blanche (Spencer) Barker. Joseph grew up in Rochester, MI. He was a graduate of Rochester High School, Class of 1965.

Joseph was a member of the Free and Accepted Masons and the Teamsters. He loved woodworking and playing an array of musical instruments.

Joseph was preceded in death by his parents, Martin and Blanche Barker; and his brother, Carl Barker.

The family will be available for visitation 10-1 p.m., Wednesday, December 15, 2021 at Muir Brothers Funeral Home of Imlay City.

Please be sure to sign the online register at muirbrothersfh.com to share condolences and memories with the Barker family.

In lieu of flowers donations can be made to The Refuge Homeless Shelter of Lapeer. https://refugelapeer.org/volunteer%2Fdonate.