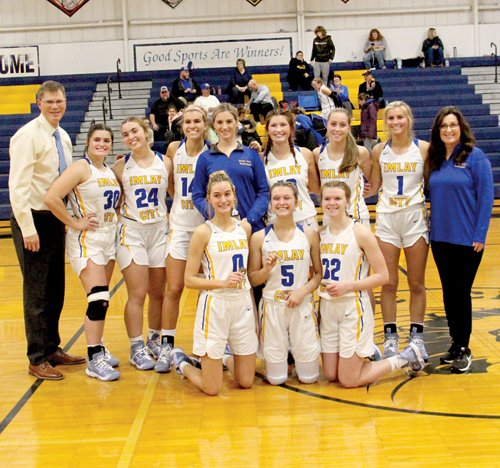 The Imlay City girls’ basketball team poses for a picture after placing first at the Harry Moore Tourney.

In Saturday’s game, Imlay City charged out to a 22-8 advantage after one quarter was done.

They then followed it up with a 17-4 second quarter edge and a 20-3 third quarter advantage, increasing their cushion to 59-15 with 24 minutes gone.