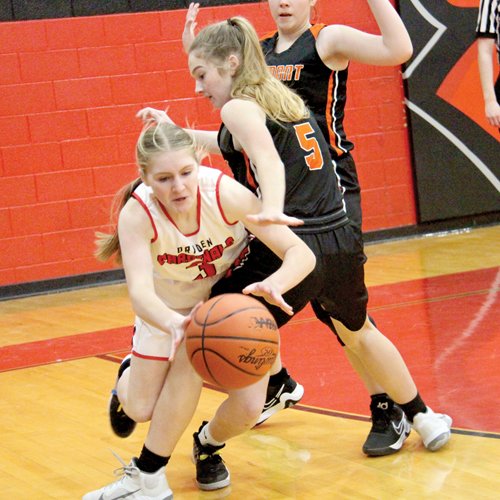 With the decision, Almont improves to 1-2 overall. Dryden slips to 0-2 this season.

In Tuesday’s encounter, Almont bolted out to a 15-6 advantage after one quarter was done.

Lauren Abromaitis and Rilynn Lindsay paced Dryden with six points apiece. The remaining Cardinal points went to Kierra Miller (a triple), Jessica Peters and Ashley Hickmott (two each) along with Kierra Miller (one).