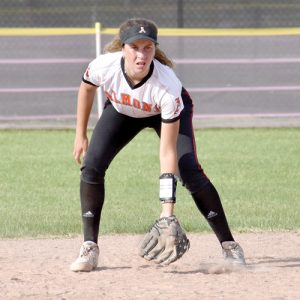 This past spring Koenig wound up with a .508 average, thanks to 44 singles, 12 doubles, four triples and one home run among 120 at bats. Her level of plate proficiency was second best on the Almont ballclub.