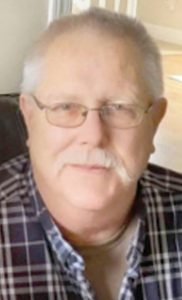 Bob was a hard worker; he worked for many years as an operating engineer for various excavating companies and he loved his job. On a typical day you would find Bob in the kitchen cooking or baking something delicious to share. He always was a sharer, he would bake a treat for everyone in town if he had enough ingredients. If he wasn’t in the kitchen, he would’ve been outside tending to his garden. Bob enjoyed going to the casino and loved playing cards with his family. He was really passionate about helping his garden grow and he had that same philosophy about his family; he absolutely loved watching them grow.

Bob was preceded in death by his aforementioned parents.

A memorial gathering for Bob will be held on December 3, 2021 from 4-8 p.m. at Muir Brothers Funeral Home in Lapeer.